Vapi is a city and municipality in Valsad District in the state of Gujarat. It is situated on the banks of the Damanganga River and is the largest city in the Valsad district and also the second largest city after Surat in South Gujarat. It can be called the most developed city in Gujarat followed by Ahemdabad, Surat, Vadodara and Rajkot.

Around 28 km south of the district headquarters in the city of Valsad, it is surrounded by the Union Territories of Daman to the west and Dadra and Nagar Haveli to the east. Economic and industrial growth in recent decades has blurred the physical boundaries, and a small stretch of roughly 21 km of Daman-Vapi-Silvassa has almost become a single urban area. The town originally belonged to the community of Desai (Anavil Bramhins), Jain and other tribal castes. It is the largest industrial area in Asia in terms of small-scale industries, dominated by the chemical industry. It has been ranked 2 in the year 2008 among the most polluted places in the world, mainly due to its poor air and water quality caused by nearby industrial sites. 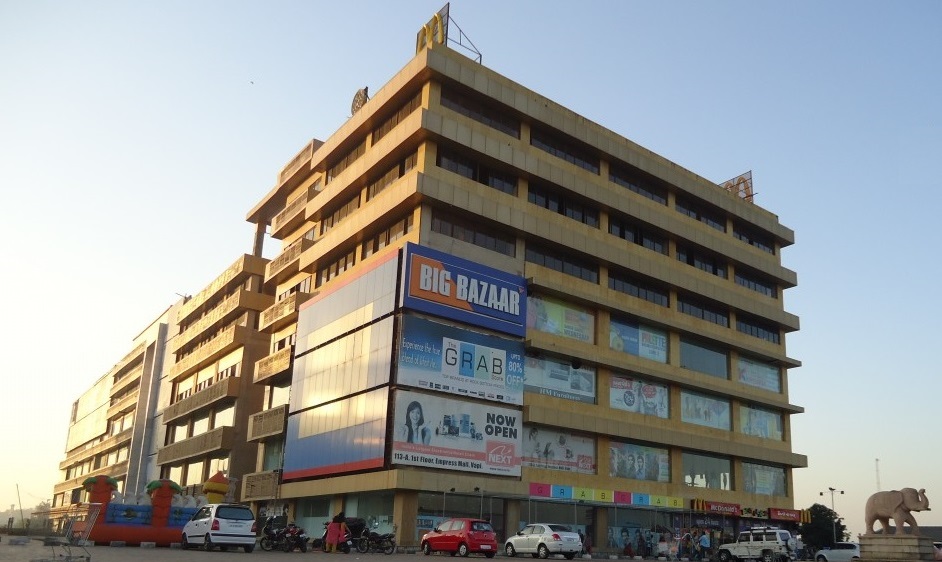 NH 8 bisects the city. The western part was the original location of the town, while the eastern part consists mainly of industry and newer residential areas. Mumbai is roughly 170 km to the south, and Surat is about 120 km to the north. The Arabian Sea, at the delta of the Damanganga, is about 7 km to the west. The city has tropical weather and enjoys three distinct seasons: mild winter, moderate summer and heavy monsoon, with rainfall ranging from 100 inches to 120 inches per annum. The Dhobikhadi, Bhilkhadi, Kolak and Damanganga rivers flow through Vapi. Surrounding locations include [Daman], Dadra and Nagar Haveli, Umbergaon, Sarigam, Bhilad, Udavada, Sanjan and Pardi. Both the Union territories as well as Sarigam, Bhilad, Umbergaon, and Pardi, only 12–40 km from Vapi, are good residential and commercial areas. Daman and Silvassa attract both Indian and international tourists.

National Highway 8 passes through Vapi. It is connected to all major cities. It is the only place from which one can visit Daman and Silvassa. City bus service is available. To cater to industry, the city hosts what is called a "floating population". The Vapi railway station on the Mumbai-Vadodara rail link of Western Railway (India) has become the direct beneficiary in terms of revenues due to daily commuters. It is the only city connecting two union territories, i.e. Daman and Dadra-nagar haveli. Its proximity to Mumbai and Surat and its location on the busy NH08 highway has now made vapi a major transport hub. A coast guard airport is running in daman where private charters can operate with prior permissions.

Proximity to the larger cities of Mumbai, Surat, Vadodara,and Ahmedabad, coupled with liberal Government policy, has helped Vapi and surrounding areas attain their current level of industrial activity. The "Vapi Industrial Estate" was started by GIDC in 1967, and has spread to 11.4 square kilometres (4.4 sq mi) and houses over 1400 industries, the majority of which are small-scale units (SSIs).

Chemical industries such as Arti, Supreet Chemicals, and textile giants such as Alok industries, Welspun Terry Towels, Century Textiles, GHCL and Raymonds Limited have strong presences in Vapi and nearby areas. Bayer Vapi Pvt Ltd,United Phosphorus Ltd., Supreet Chemicals Pvt Ltd., Sarna Chemicals, Sangir Plastics, Kampun Polymers, Lathia Rubbers, Arti Industries Ltd., Themis Industries and Hubergroup India Pvt Ltd (formerly Micro Inks Limited), operate manufacturing plants in Vapi. Today, about 70% of the total industries in the township are chemical plants, mainly for chemical distillation and the production of pesticides, dyes, dye intermediaries and paints. Other major industries include paper, packaging, pharmaceuticals, plastics, rubber, textiles, wood, computer hardware and software, engineering workshops, glass, and food products. Another striking feature of Vapi is the Common Effluent Treatment Plant (or CETP). This is the largest of its kind in Asia and one of India's biggest effluent treatment plants in terms of capacity, treating the pollutants from these industries before the effluent is released into the river. The CETP is run by Vapi Waste and Effluent Management Company, promoted by the Vapi Industries Association. Vapi has the maximum number of Kraft paper & duplex board paper mills in India. The best quality paper producers are located in Vapi and to have more than 20 kraft paper mills within a distance of 20 km. Therefore, Vapi is also known as "paper hub".